The Secret Garden of the Eternal City – Villa Pamphili

It only takes a stroll around Rome to realize that “Roma” was not built in one day.
The modern attack of traffic, crowds, and garbage, could not drown the dignity of the eternal empire. Under the dome of the Pantheon, built in 126 AD, I gaze up in awe of the architectural feat of proportion, the distance from the floor to the oculus and the diameter of the dome are all precisely the same at 43 meter.  On top of the Palatine Hill, one of the Seven Hills of Rome dating as far back as 1000BC, I feel the smallness of my existence, a blip, hardly perceptible in the long history of mankind. Next to the Colosseum, I am unable to imagine the leadership that broke all imagination to build this wonder crossing the boundaries of politics, science, and philosophy.
Aqueducts, viaducts, and the sewage systems make it possible for Rome to be filled with bountiful fountains and limitless water supply.  Arches, bridges and domes leave the later generations of Renaissance architects gaping in the dust. It has been said that at the height of the Roman development, all the stone-paved roads leading to Rome added up to more than 80 thousand kilometers long!

The Secret Garden of Roma:

How can one ever comprehend 3000 years’ worth of achievements? Overwhelmed by a full day’s immersion in history, being the jogger that I am, I break from the info overload by taking a run. My go-to spot is Villa Pamphili, a big garden less than ten minutes away from A.Roma Lifestyle Hotel. This green corner puts me at ease; I breathe deeply and finding my tempo & energy again through the regularity of my steps.

Villa Pamphili and its Renaissance-style villa and a secret garden that rivals the garden of Alice in Wonderland.

From A.Roma Lifestyle Hotel, it takes just 3 steps to arrive in Villa Pamphili:
1.) Exit the hotel entrance and turn right, running along Via Silvestri, the main street with busy traffic
2.) Take a left turn on Vicolo Silvestri, a narrow, one-way alley
3.) Go straight ahead I enter into the garden.

NOTE: The garden used to be part of a noble villa surrounded by walls, making it accessible only from a few roads. The complex is very large, and is divided two halves, an eastern and western side, just like Rome’s green heart.

Two jogging routes I would recommend within the complex.
Recommendation 1: the simpler way – through the western (right) garden (approx. 6 kilometers)

FYI Only. Strava recorded little adventure trying to run through both the eastern and western gardens and into the Vatican. (I got lost in the process.) 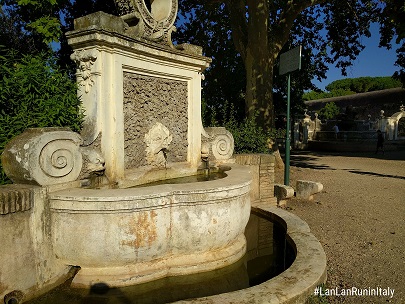 The garden is strewn with fountains of all sorts, spewing crisp, clear water (The Romans mostly love the Baroque style with its strong linear qualities)

Bonus Feature! You can drink directly out of the fountains in the park, just like all the fountains in Rome. After my run, I often splashed water on my face, and cupped the water in my hands to sip the spring water, which has flown unceasingly for thousands of years.

History of the Villa:

Villa Pamphili is situated just outside of the Aurelian Walls. In 271BC, Emperor Aurelian constructed the city walls to prevent foreign invasion of Rome. With a stroke of the pen, he marked the territories and Villa Pamphili falls just outside of the city wall. As a lucky misfortune, the garden is left off of tourist maps and remains a treasure for the locals & curious spirit like myself.  The complex used to be the Pamphili Family’s asset. In the 17th century, when a member of the family Giambattista Pamphili became Pope (Innocent X), the family grew in stature and influence. They built this Renaissance-style villa accompanied by an elaborate garden, and countless baroque-style fountains. This complex combined with its hills, lakes, and landscape, looks like a Da Vinci painting come alive. 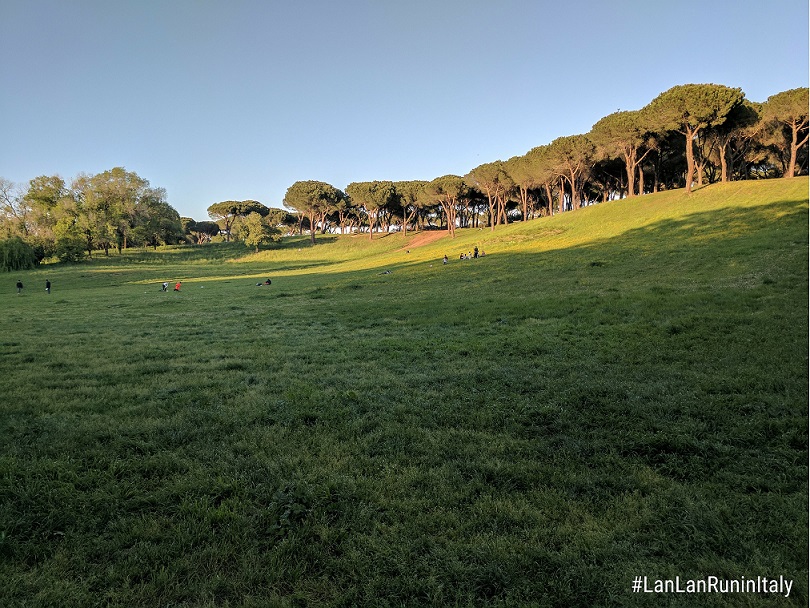 After nearly one month on business trip in Italy, A.Roma has become second home, and my enthusiastic Italian colleagues have become family. Villa Pamphili, is my Da-An Park* in Rome and my oasis after a busy day. Here in Rome, history runs deep, trees stand tall, people are passionate, coffee is flavorful, and olive oil and bread are essentials at any meal.  Even as the memories fade a little, I still miss the scent of home. I know that days pass by quickly when I work hard, and before I know it, the plane will carry me back to Taipei. Ciao A.Roma, Arrivderci. By then, I will start missing Italy again.

Traveling between train stations and cities,
Living off Google Map,
I search for the knowing smiles and genuine warmth across culture,
I find a new ways of living without boundary.
To adjust to life like this, people say that one must be independent.
But I think what’s more important is to keep a passionate heart.
I challenge myself to always be like a blank slate,
Capturing the scenery at every turn with pencils, crayons, and watercolor
Everything starts anew from my heart. 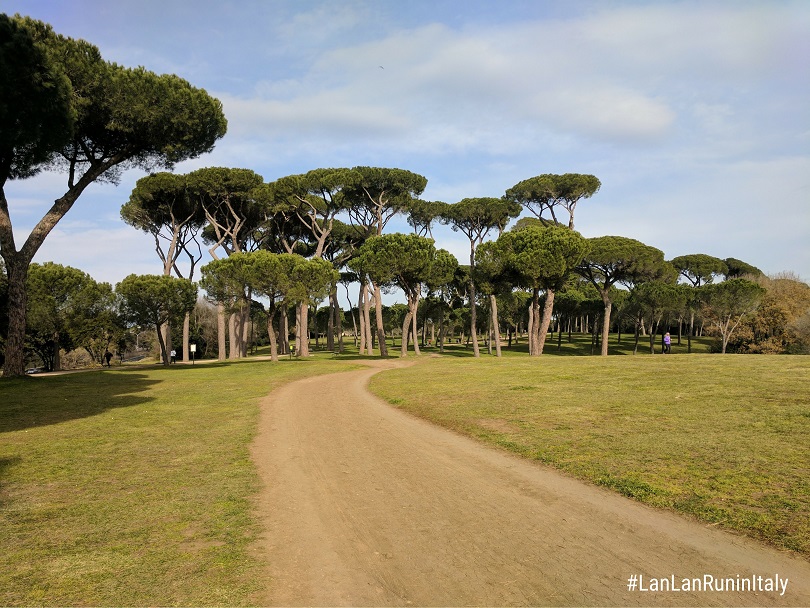