Palazzo Bacchini delle Palme (PBdP) is in Santa Croce, Venice, the same district where the famous Chiesa di San Stae is located. The garden in front of PBdP commands a view of Canal Grande in the city. Two Gothic-style wings of PBdP are respectively Palazzo Priuli-Bon, an exhibition venue today, and Duodo palazzo, a private residence. Not far away there’s also the Palazzo Mocenigo, from the sixteenth century, now owned by the Municipality of Venice. The palazzo was designed as the Museum and Study Centre of the History of Fabrics and Costumes. During La Biennale di Venezia 2013, PBdP was transformed into an exhibition center featuring United Cultural Nations, a surrealistic work created by Chinese artist Mi Qiu.

In 2016, LDC Hotels & Resorts is going to complete its remodeling of PBdP, which was renamed as Palazzo Venart Hotel, and the remodeling included complete restoration of the frescos inside the building. The frescos are very similar to those in the renowned Palazzo Grassi created by Italian painter and sculptor Michelangelo Morlaiter. On the cover of this booklet, Venetians merrily partying are vividly depicted by the figures on the balcony in the fresco by a valuable marble stairway at the hotel.

The Palazzo Venart Hotel keeps a record of the changing history of the Venetian palace over the centuries. Its corridor ceilings, wall decors, and highly valuable murals are expected to let hotel guests enjoy a brand new experience of an enchanting ancient capital. The garden of Palazzo Venart Hotel keeps part of the early buildings of the premises, and features some relic sculptures and art decors from Altino, making the hotel one of a kind in Venice with a strong ambience of history. 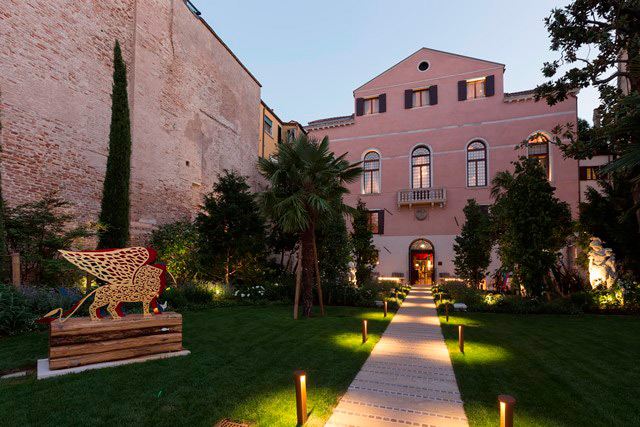 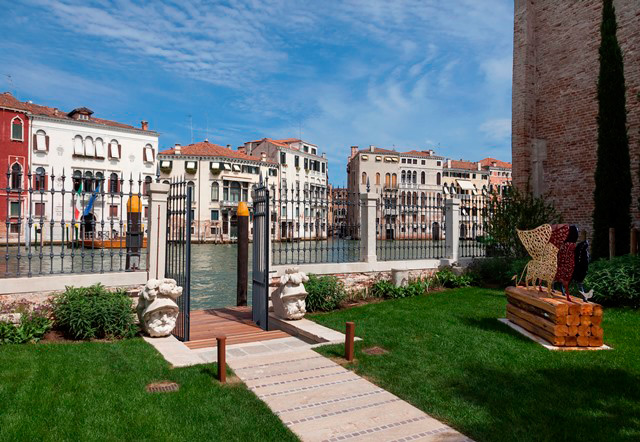