Michelin rewards the “GLAM” in Venice

The ascent of Enrico Bartolini continues in the Italian gastronomic firmament. With five stars on four venues, Bartolini is thus the Italian chef with the most starred restaurants, a record that takes on even more value if you think that Enrico is 37: someone already calls it the “national Ducasse”.
The famous Red Guide (presented yesterday in Parma) awarded him with the fifth Star for the “GLAM” Restaurant opened only one year ago in the sumptous Palazzo Venart Luxury Hotel overlooking the Grand Canal of Venice. 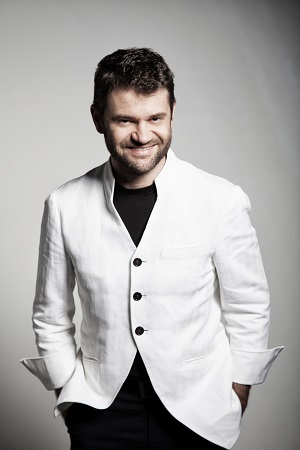 After the four stars assigned the last year (never happened in history of Michelin) – two at the “Enrico Bartolini” restaurant at the MUDEC-Museo delle Culture in Milan, one at the “Casual Restaurant” in Bergamo – in the Upper Town – and one at “La Trattoria Enrico Bartolini” a Castiglione della Pescaia, in Maremma, in the exclusive resort L’Andana – the coveted recognition now arrives in Venice. 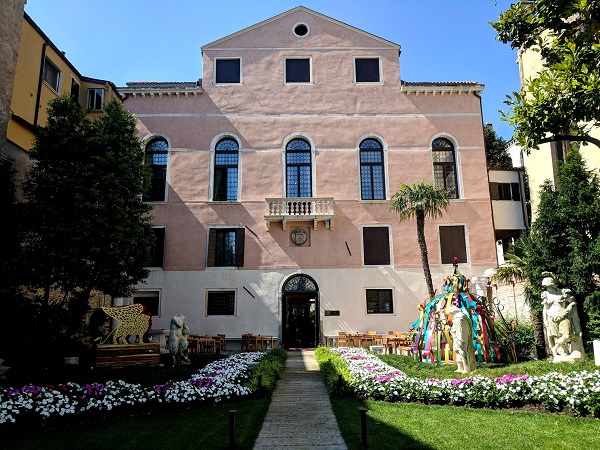 “It’s a huge fulfillment – says the Chef – I want to thank Michelin first, but also the whole GLAM team: Donato Ascani, Chef Resident, and Danilo Bernardi, impeccable Director, for the passion and commitment that every day put in their work to ensure our guests an unforgettable experience. ” 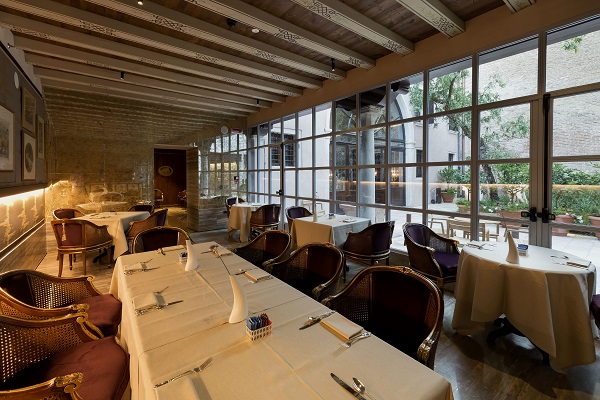 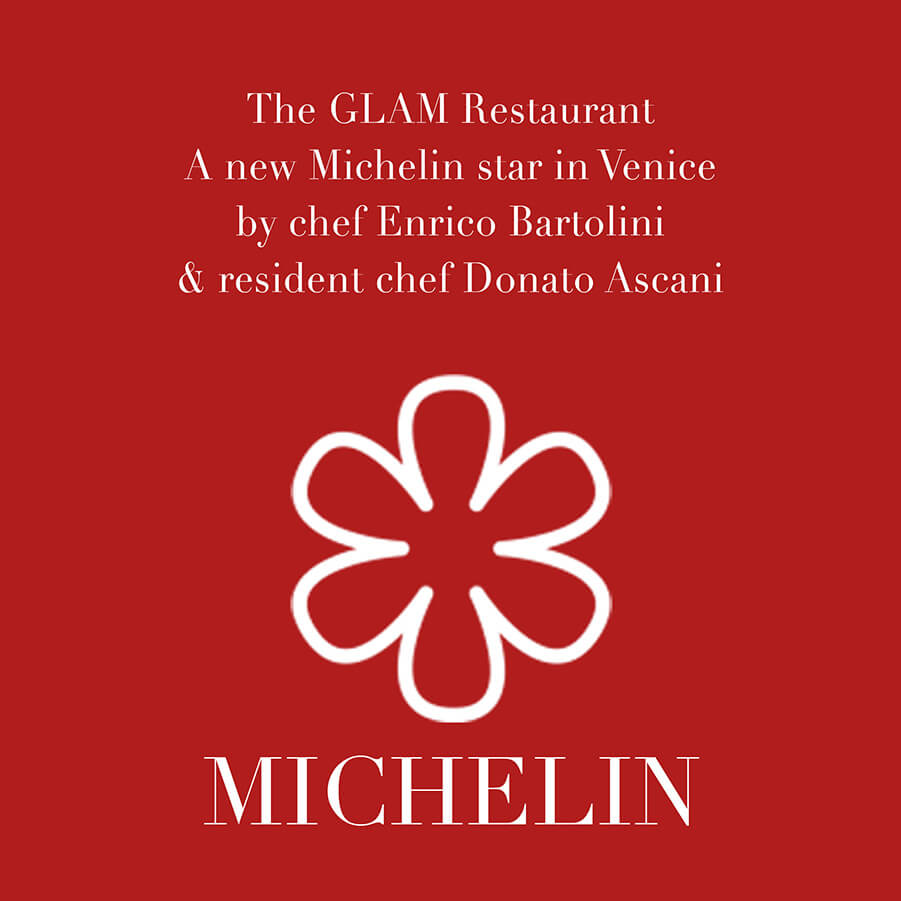 Enrico Bartolini is thus confirmed as one of the most important chefs on an international level: a success achieved thanks to resourcefulness, commitment and a lot of passion. A dynamism that is reflected not only in its cuisine, but also in its natural propensity to entrepreneurship, that led him to open his fifth restaurant no more than two days ago at FICO the ambitious project of Eataly World in Bologna and for this reason the new restaurant is called “Cinque”, a number that evidently brought him luck …
But the news does not end here… On November 30, in fact, “Enrico Bartolini. Classico Contemporaneo” will be released in the bookshops. This is his first autobiography, published by 24 ORE Cultura, in which through memories, recipes and advice, the chef tells his experience and his personal journey in the world of haute cuisine.

For those wishing to discover the recipe for its success, the presentation of the book will take place on the 28th November at 3 pm at the MUDEC Auditorium in Milan (via Tortona 56). 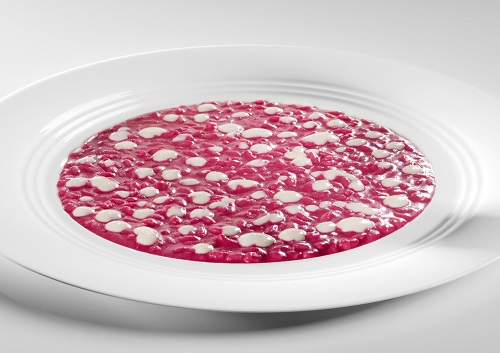 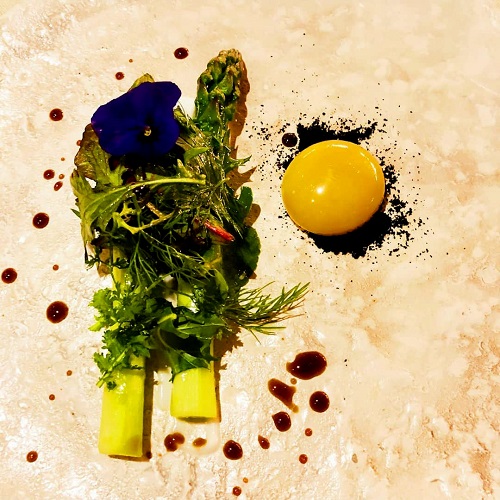 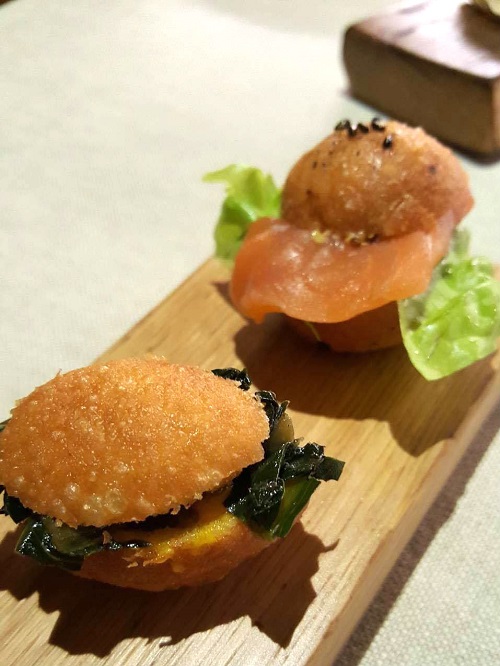 Sandwiches with salmon and mustard eggs and chicory 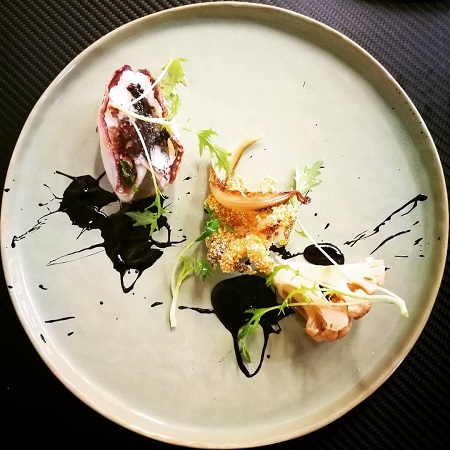 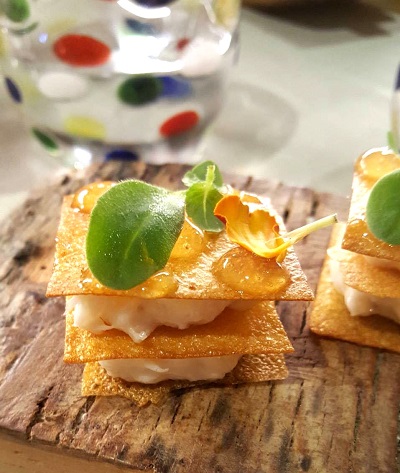 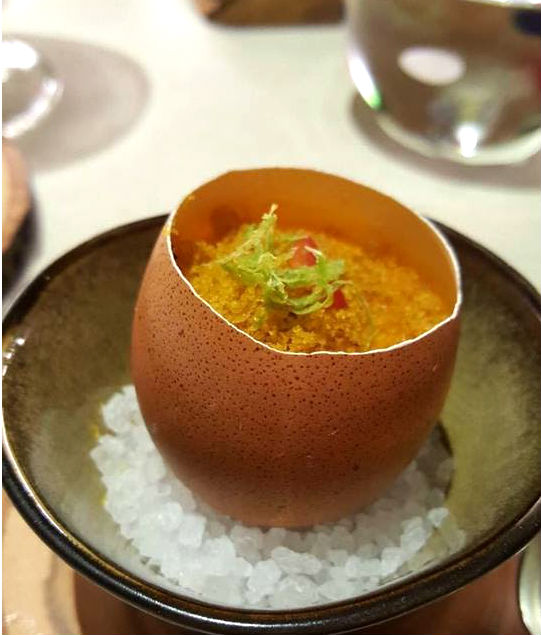 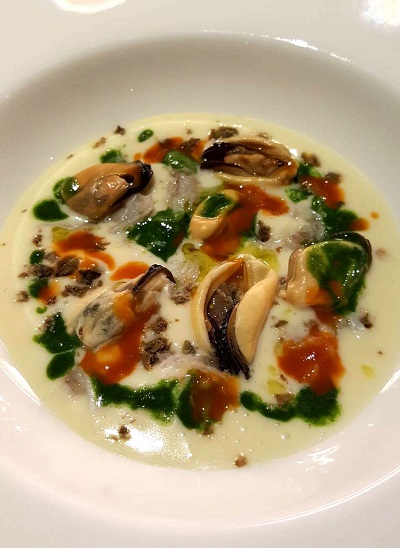