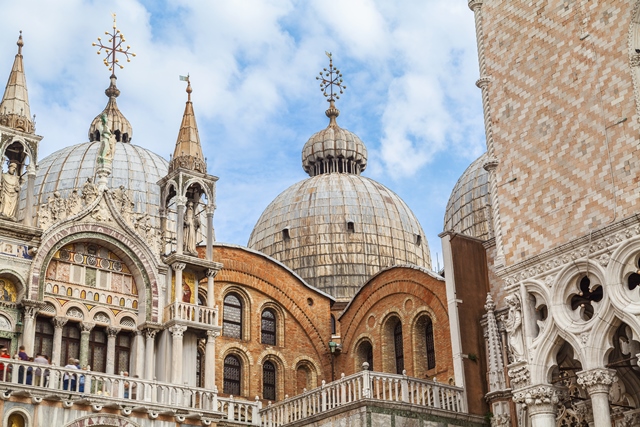 Venetian architecture and landscape have always been part of its charm and magic. Venetian buildings are some of the most illustrated and photographed buildings in the world. It was already a miracle to build anything on a swamp, let alone a beautiful and enchanting labyrinth of a dreamland. Visitors have always been fascinated by Venice’s two hundred churches and the beauty of the canals reflecting the diversity of its architecture. During the Renaissance, there was an amazing flourish of new developments in European architecture. Based on humanism and civic pride, architecture changed from Medieval Romanesque construction to Gothic, then to a revival of classical style during the early Renaissance. Proportional space organization was based on logic, and the form and pattern of constructions came from classical geometry rather than from an individual’s intuition. During the 16th to 17th century, High Renaissance architects started to experiment with solid and spatial relationships. Classical harmony gave way to more free and imaginative forms. Architects of the High Renaissance became much more sure of themselves and more
daring. 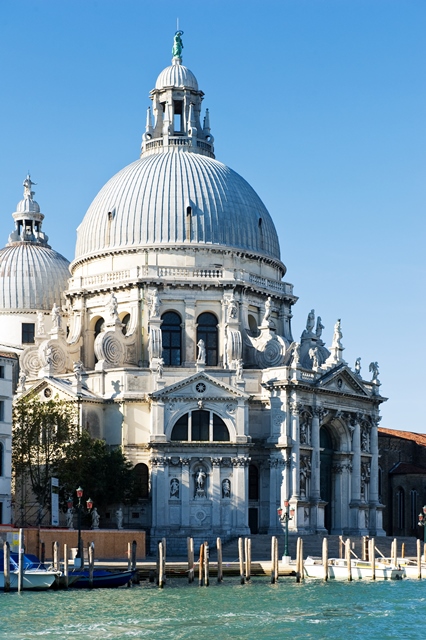 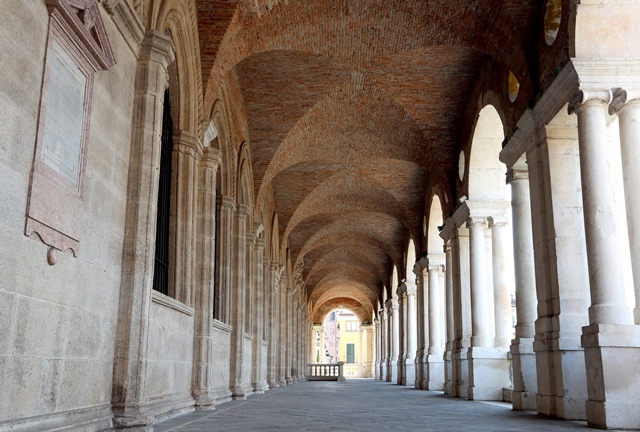 The Renaissance period was a time of building in Venice. Its location and physical limitations mandated that architects from the mainland must adopt new approaches in Venice. Influenced by the East, Venetian taste was also different from the rest of the Italian peninsula. The result was a new and distinctive style, the Venetian Gothic. It is a confluence of the early Gothic styles from the Italian mainland, Byzantine styles from Constantinople, and Arabian influences from Moorish Spain. The best example of Venetian Gothic is the Doge’s Palace. The Church of San Marco with its signature Byzantine dome was modeled after the Church of Holy Apostles in Constantinople. Venetian Gothic is much lighter and far more intricate than its mainland counterpart. Venetian architecture, for the obvious reasons of being on the lagoon, never allowed more weight or size than was absolutely necessary. For example, in mainland Gothic cathedrals, window traceries only had to support the stained glass. In Venice, they had to support the weight of the entire building. Another example is the “portego”, a Venetian-developed hallway which evolved into a long passageway opened by Gothic arches or a loggia. It is a much more efficient way to utilize limited ground floor space while still giving grandeur. One of the most famous and influential architects was Andrea Palladio. He was born in the 16th century in Padova, which at the time was part of the Venetian Republic. The son of Pietro, an ordinary miller, Palladio started his career as a stonemason. During one of his construction jobs, a Venetian humanist scholar, Gian Giorigo Trissino, took interest in his work and became his first patron. He taught Palladio to appreciate the arts, science, and classical literature, and helped him to study Roman architecture. Taking the name from the Greek goddess of wisdom, Pallas Athene, Trissino also gave Palladio the name by which he would become known, Andrea Palladio. Palladio’s favorite ancient Roman architect was Marcus Vitruvius Pollio. He studied in detail Vitruvius’ first century treatise on Roman architecture, “De Architectura”. Vitruvius’ sense of proper proportions clearly showed up in the spatial complexity of Palladio’s later works.

After Trissino’s death, the powerful Barbaros family introduced Palladio to Venetian elites, so later he was able to become the “Proto della Serenissima”, chief architect of Venice. Palladio’s works were considered the quintessence of High Renaissance calm and harmony. Unlike most of the famous builders of the time, Palladio often used less expensive materials, such as bricks covered with stucco. He was an extremely free and flexible builder. His style is now known as Palladian style and his treatise, “Quattro Libri dell’Architettura”, or “The Four Books of Architecture”, has become a landmark publication in architecture. The books addressed nearly every aspect of architecture and construction, from materials, decorative styles, town and country house designs, bridges, basilicas, city planning to the reconstruction of ancient Roman temples. His books are still being used by architecture students today. “Palladio and His Legacy: A Transatlantic Journey”, a special exhibition by the National Building Museum in Washington D.C., was dedicated to him in 2010 and 2011.

Palladio was praised by writers like Johann von Goethe, and diplomats and thinkers like Thomas Jefferson. Jefferson’s home, Monticello and the United States Capitol building are all Palladian constructions. The United States Congress even named him the “Father of American Architecture” in Congressional Resolution 259 of December 6, 2010. This was the latest testament to how Palladio had risen from a simple stonemason to one of the greatest architects the world has ever known. 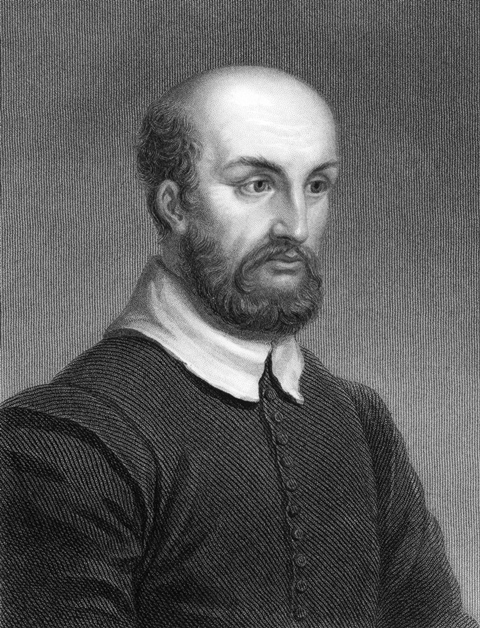 Thousands and thousands of buildings in the world are exponents of Palladianism, but Palladio’s personal works are only present in Venice. Today, everywhere one looks in Venice, one can see Palladian influences. Thanks to Palladio, landscape and building were conceived as belonging to and dependent on each other for the first time in Western architecture. His work served to communicate an extraordinary aesthetic quality in accordance to his clients’ aspirations; there is complete harmony between the structures and the surrounding culture. This is the exact essence of Venice, which is a treasure that belongs to all humanity. It is a miracle that cannot be reworked and a dream that cannot be re-dreamt. Venice is a unique precious gem of the world.

Tips:
Ghetto
Today, the word “ghetto” refers to an urban slum area. In the old days, the ghetto was a foundry area in Venice and was the only place where Jews in the city were allowed to live during the 16th century.